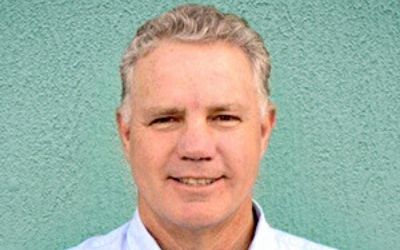 People often ask me what do I think of the Banking Royal Commission outcomes AND how do I think it will affect them/me?

Like everyone else, I have been appalled at the findings. Shocked at the level of complacency that existed in the banking system. I use the term complacent, because customers have been treated as an afterthought. Whenever that happens, at some point, there will be an over reaction back the other way.

So let’s all get ready for these over reactions.

My hope is that the powers that be will have the good sense to listen/respond/react when they have gone too far. For example – the Banking Code of Conduct now calls for Trade References to be obtained in certain credit application circumstances. Hmmmm!!! No one has asked for a Trade Reference in 15 years and secondly, due to new Privacy Act Regulations, most companies won’t give them due to privacy reasons. i.e. a classic catch 22.

A more hidden consequence is that most of us are trying to automate the credit process, which becomes impossible if you have to ring someone for a trade reference. The result – Australian business gets less productive at a time when it cannot afford to be. A tiny example but a relevant one, when you put a hundred of them on the table.

I know this is not what the government intended, so again, I say, I hope they will listen.

So…. will the outcomes affect us all? Of course they will.

For us at SER, it simply becomes a matter of managing expectations. As Brene Brown says – “Clear is Kind – Unclear is Unkind”. My hope is that the Banks get their act together and re-earn the trust placed in them, and become stable partners in enterprise; rather than the reason why we need to pander to the behaviour of the lowest common denominator within their ranks. Wow. Imagine saying that about a bank 30 years ago!

No matter what comes of this I’m very confident that good people doing good business will prevail.

You're invited to follow S.E. Rentals @SE_Rentals on Twitter and join the discussion in our LinkedIn Group.

S.E. Rentals are the finance as a service specialists that will help you grow your business by providing finance solutions in an 'all things technology' future. We provide you with the flexibility, scalability and agility to help you achieve your Managed Service objectives, and our unique in-house software platform, Finance Oxygen,  automates the process for you

Sign up for Steve Sykes' blog and our latest news

We look forward to
hearing from you